This past week my employer Bell Labs celebrated the fiftieth anniversary of the Unix operating system with a big “Unix50” event in the Bell Labs headquarters in Murray-Hill, NJ and the launch of an online coding challenge called The Unix Game.

Unix was invented by Bell Labs researchers Ken Thompson and Dennis Ritchie precisely 50 years ago in the summer of 1969. Their iconic OS has since influenced a large number of other operating systems, not least of which Linux, MacOS and Android which are still based on the same basic principles.

The two-day event consisted of panel discussions, talks and tours along the Bell Labs facilities.

The first day opened with a panel moderated by Brian Kernighan (of AWK and K&R C fame) and included Doug McIlroy (inventor of the Unix pipe), Steve Johnson (of Yacc and PCC fame) and Peter Weinberger (also of AWK fame). The panel recounted some of the early history of Unix - the recording is available on Youtube.

The two-day event featured a fantastic speaker line-up, including Brian Kernighan (who talked about AWK), Bjarne Stroustrup (inventor of C++), Timothy Roscoe (who worked on the Barrelfish OS) and robotics pioneer and MIT professor Rodney Brooks (who coincidentally also invented the Roomba - the most successful household robot of our age). Some of these talks are also on Youtube.

There were also a few Bell Labs speakers lined up, including yours truly. My talk focused on whether we will ever pair program with an AI, and discussed the research of my group in applying machine learning to software engineering. My colleague Lode Hoste also talked about XStream, a DSL for distributed stream processing I co-invented while working on the World-Wide Streams project. 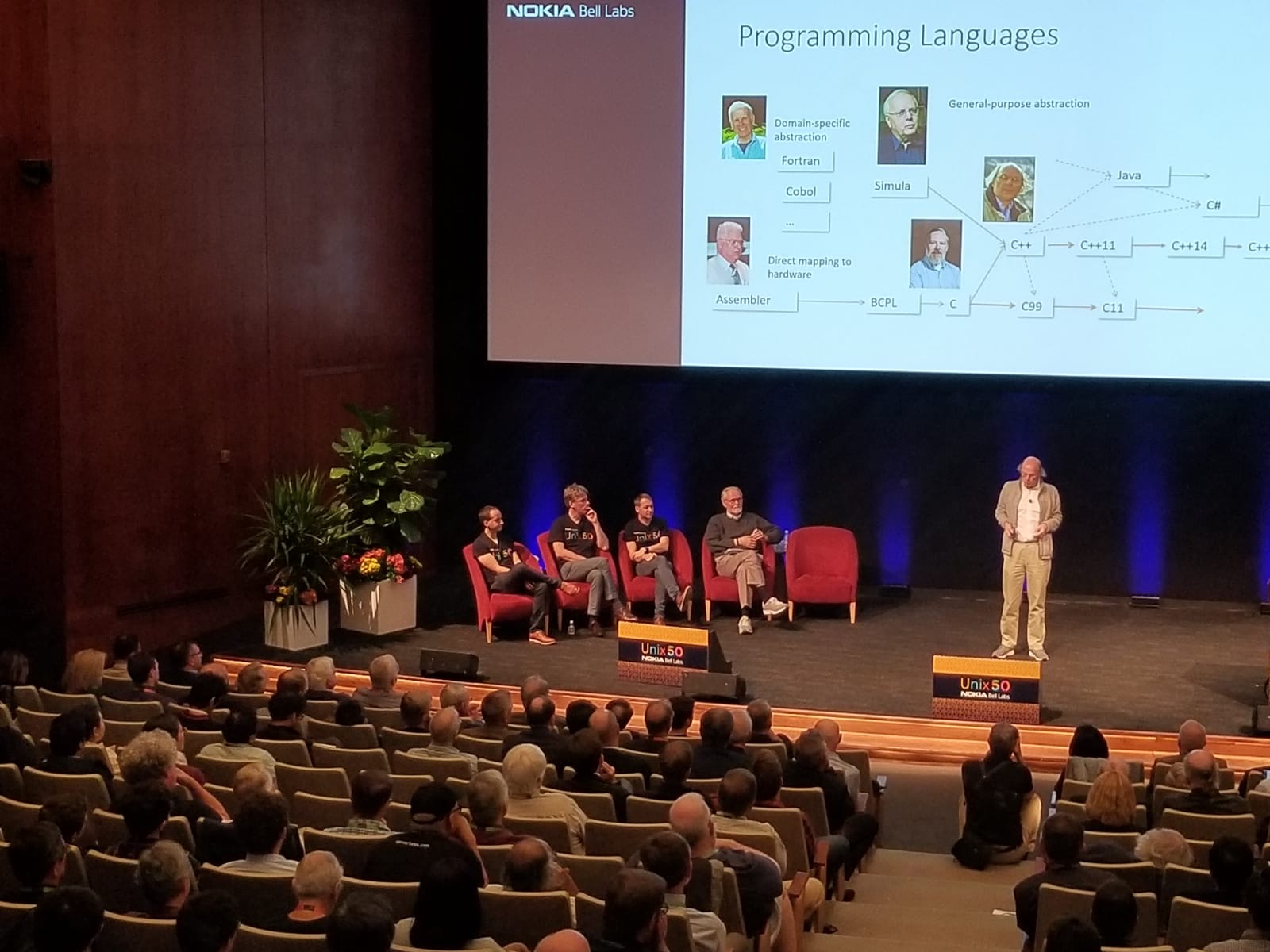 In the lead-up to Unix50, we also released a fun online coding challenge called The Unix Game. In the Unix Game, players solve coding challenges by combining some of the original unix commands (such as sort, head and awk) using pipes. The game was met with much positive feedback and we quickly had thousands of people from around the globe solving the challenges. 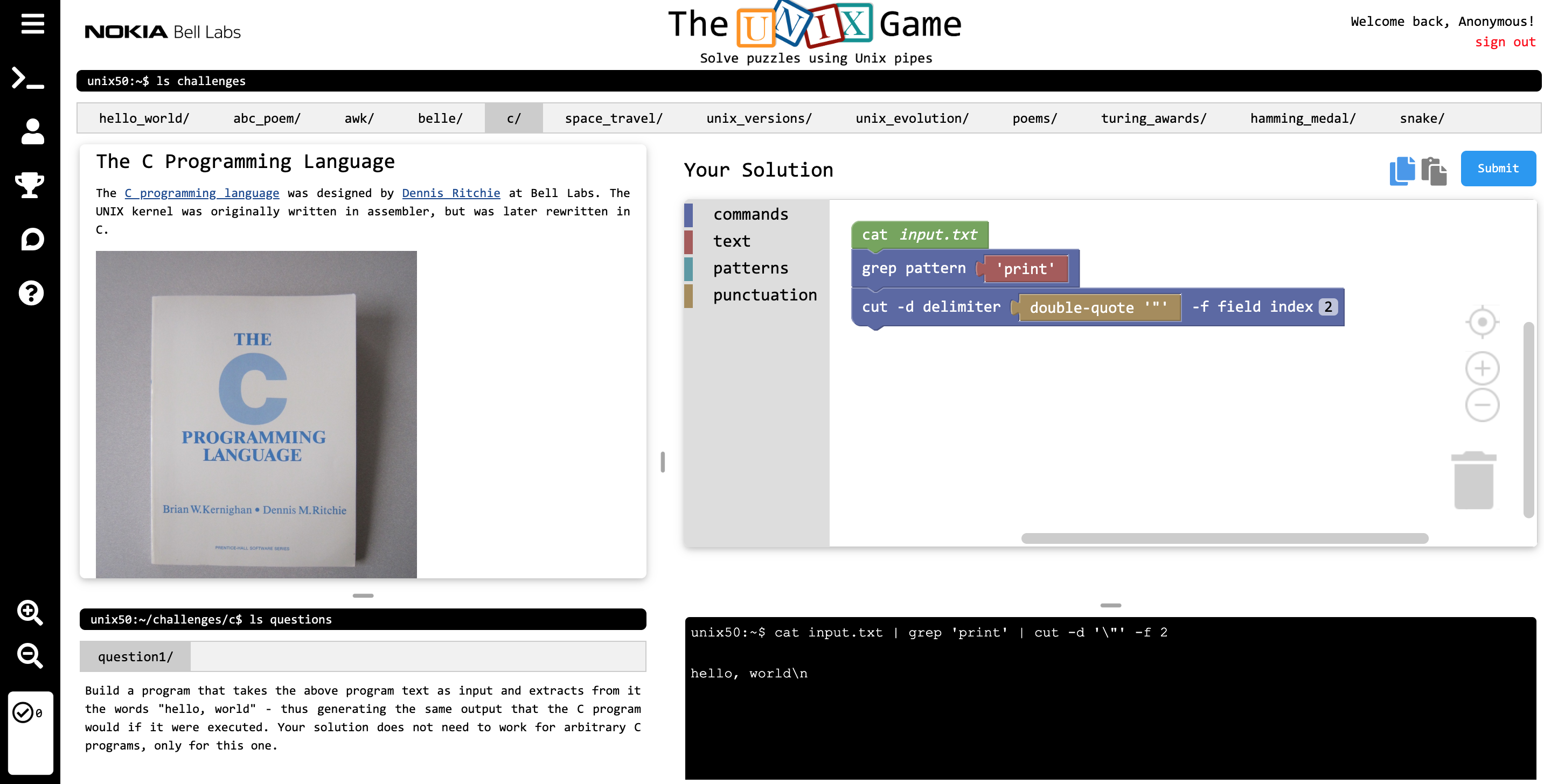 The Unix Game is the brainchild of myself and a couple of my colleagues in the Software Systems Lab, which is the present-day successor to the Computing Sciences Research Center, the place where Unix was born. The development of the game started off mostly as a side-project over the summer period, as we felt a certain moral obligation to honor Thompson and Ritchie and the entire Unix team for the work they started in the summer of 1969, now 50 years ago.

The Unix Game was our way of paying homage to Thompson and Ritchie, in a way that tells the history of Unix in a fun and engaging way to a younger generation of programmers.

Coinciding with the Unix50 event we also organized a two-day robotics hackathon for students.

At the Unix Experience Gallery several Unix-related artefacts were on display, some frivolous (such as G.R. Emlin): 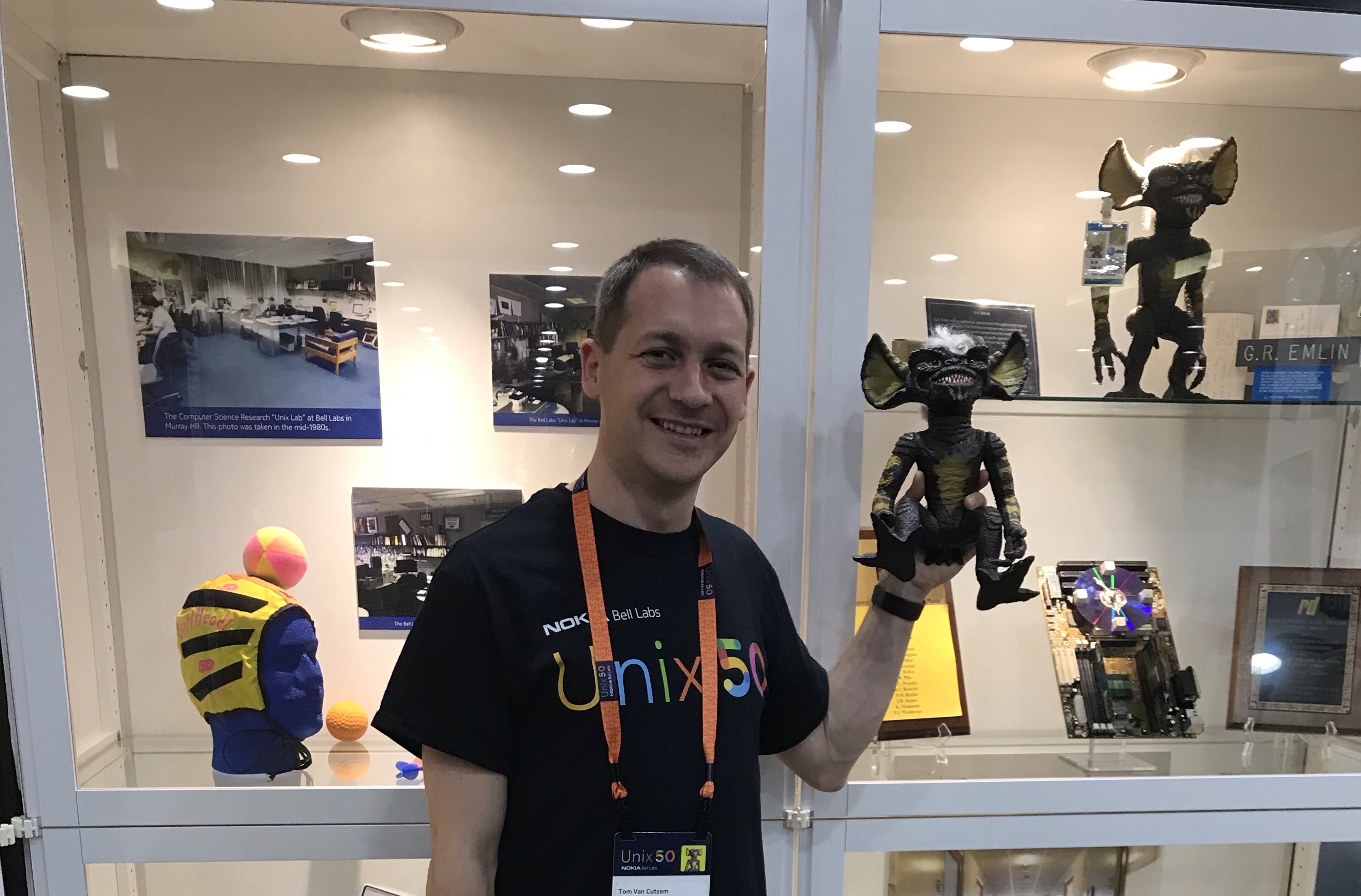 Others more serious (such as Thompson and Ritchie’s Turing Award and National Medal of Technology): 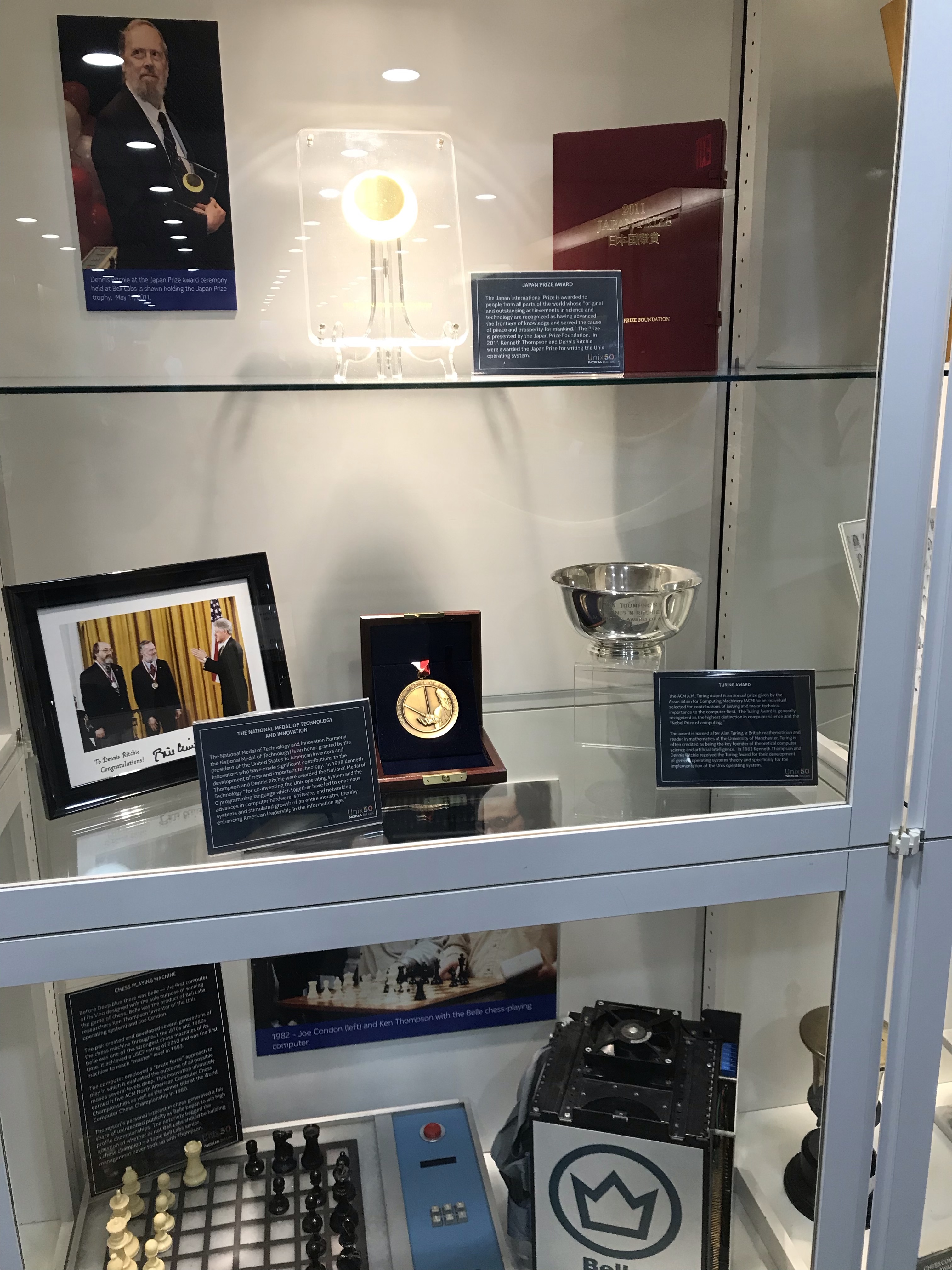 Unix50 was a fitting 50th anniversary celebration for the Unix operating system, honoring the origins and the legacy of Unix while looking ahead at what the future may bring. It was an honor and a privilege to talk at the event among and in front of so many pioneers in computing.