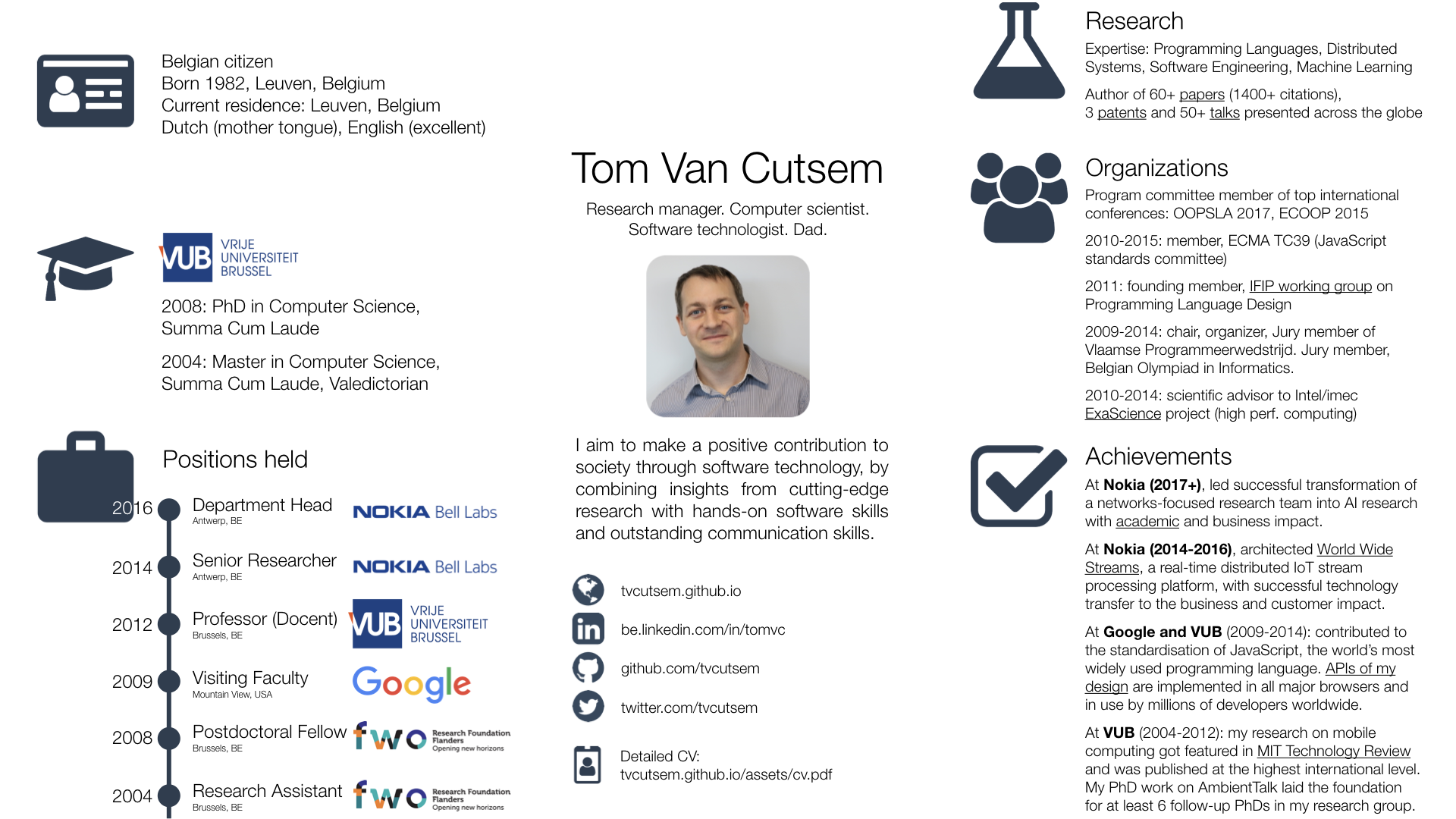 Past work that I am proud of

I consider myself proficient (i.e. have written programs over 10K SLoC) in Java and JavaScript (node.js) but have used a wide variety of different languages and systems, including C/C++, Prolog, Python, Erlang, Clojure and Smalltalk. I pick up new languages easily.